The Brussels Eye Doctors clinic was created in 2002 by Doctor Jérôme Vryghem. Since then, he has been its manager. So who is Doctor Vryghem? 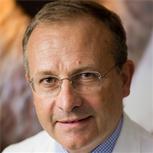 Although he is a medical specialist in ophthalmology, Doctor Vryghem dedicates most of his medical practice to eye surgery, and this in three areas : 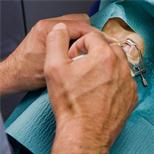 Doctor Vryghem has many years experience in eye surgery. In fact, he has been practicing for about twenty years and each year he carries out between 1500 and 2000 operations.

His experience covers the entire field of eye surgery and especially laser treatment.

Among Doctor Vryghem’s many skills, we cite : 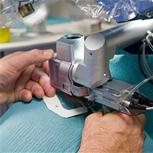 Eye surgery has experienced extraordinary progress over the last 20 years and this is essentially due to new surgical techniques. Not content with simply following this development, Doctor Vryghem actively contributes to it by participating in numerous clinical studies, collaborating with companies with a view to creating new equipment and making his clinic available to manufacturers to validate and test new technologies.

In particular, in May 2003, WaveLight Laser Technologie, one of the most advanced companies in the world in laser technology, selected Doctor Vryghem’s clinic (Brussels Eye Doctors) as a “beta-site”. “Beta-sites” are platforms for validating and testing new technologies. They are selected by industrial companies for their ex-cellent reputation.

In 2011, Doctor Vryghem was nominated “Reference Doctor for Belgium” by the Schwind company, and Brussels Eye Doctors received the title of “Centre of excellence”. He is also a clinical investigator for Ziemer (femtosecond laser) and Physiol (multifocal intraocular implants).

This explains why, on many occasions, Doctor Vryghem was the first to introduce new surgical techniques in Belgium.

Doctor Vryghem was one of the first surgeons in the world to use the new T-CAT software for treatments guided by topography useful in cases of difficult re-treatment. His experience on the subject was presented in 2003 and 2004 at numerous international conferences: Brussels, Liège, Paris, Amsterdam, Munich, Seville, San Diego (USA).

In October 2006, as the first refractive surgeon in Belgium, Doctor Vryghem practised FemtoLASIK interven-tions. This is a LASIK treatment which enables the corneal flap to be carried out without a knife, but using a femtosecond laser: the treatment is then safer and the flaps even finer with a more predictable thickness.

Doctor Vryghem’s passion therefore has a very beneficial consequence for his clinic’s patients: they always have the latest technological advances for their eye problems.

To prove it: recently Dr. Vryghem totally renewed his clinic’s laser platform by equipping it with an Excimer Laser of the very latest generation: the Schwind Amaris 750S. By providing the greatest precision and the greatest reliability in the field of refractive surgery, this Excimer Laser is currently the most advanced and in-novative in the world. 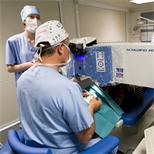 Apart from managing Brussels Eye Doctors, for 16 years Doctor Vryghem has managed the Ophthalmology Department at Saint-Jean clinic in Brussels, then moving his surgical activities to the Parc Léopold Clinic where Doctor Vryghem operates in the totally new Eye-Clinic.

A member of the Management Committee of the Belgian Society of Cataract and Refractive Surgery since 1988 he was its Vice-President from 2009 to 2012. 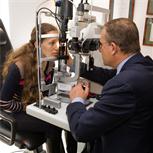 Doctor Vryghem participates in numerous international conferences, either in Europe or the United States. He is often invited as a speaker or moderator.

Internationally, Doctor Vryghem is the organiser of the world meeting of experts on keratoconus treatment.

Nationally, as Vice-President of the BSCRS (Belgian Society of Cataract and Refractive Surgery), Doctor Vryghem has organised several conferences and live surgery sessions, these being surgical operations transmitted live to an audience composed of Belgian and foreign specialists. 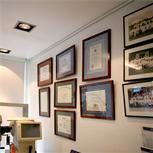